Western North Carolina Mountains, NC- on a hot day in the mountains of Western North Carolina, Chuck Fisher formerly of Kill Devil Hills, sets out to do some gardening. Household sustainability has been the focus for many, including Fisher with all of the social distancing and stay at home orders during this pandemic.

With Springtime in full swing, Chuck set out to grow some vegetables in some creative ways using flower beds on his property. Day one was very successful with three different kinds of tomatoes, peppers, squash, and a handful of cabbage. It seemed that as soon as the plants came out of their containers and were seated in the freshly cultivated soil, every leaf perked up. It was a spectacle unfolding right in front of my eyes, Chuck exclaims. New growth and soil teaming with life was all around and everything was showing hope as planned.

Knowing that much weeding would be necessary, Chuck rushed off to his garden shed, remembering he had bought a tool to break the soil back a year or two ago and it never got used. As Fisher walked back to the fence-line where he had been working, he laid the gardening tool against the wheelbarrow. After a handful of minutes, he looked over at the tool with its original tags still hanging from the handle and he couldn’t believe his eyes! It was named Corona and the caption with the name read: “Season after Season.” It was in this moment that Chuck says he believes he heard a message from God say: “we obtain things, acquire skills, and we can get discouraged feeling like our labor just hasn’t paid off or that our training and investment has not given us what we expected.” He said that the message to him was loud and clear. That message was that just because he had not  seen the expected results of all he had done up to that point, he was to keep doing what he was doing  and several things that he had tried in the past, he needed to try again. That was a personal message he says he received from God for himself. Then, he began to hear a message for the church at large.

As he glanced under the name Corona again, standing out “Season After Season” and that’s when the gardening he was doing all of a sudden became an encounter with the very message God was giving him. Chuck then says that he heard God saying: “We’re going to have this for a while and the church is in a cultivating stage.” in fact the garden tool was called a “disc cultivator” with a “comfort control grip” in the description. He continued reading the label. “Cultivates and aerates pre-loosened soil to remove new weeds maintain plant rows and promote plant growth.” Chuck said, More on the church at a later date.

Chuck admits that at this point, he wanted to confirm what he was seeing and hearing. So he reached out and wrote to a couple of friends, one on the Outer Banks of North Carolina, Pastor Matt Dixon and one who lives on the Pacific Coast, Joel Wright. The following is what his friends wrote in response to Chuck’s gardening encounter.

Matt Writes: It’s an incredible Prophetic image and he began to tell me, he was  writing about the church being put through a purification process and how we are yet to be broken and how important these times are and the importance to unplug and see the new land.  Matt says, he felt the Presence of the Lord as he read and heard this!!! This is powerful !!!

Matt goes on to say, Everyone basically understands gardening even if we’ve not done it on a large scale or even if we’ve killed every plant within our “domain.” The Scripture points to the Parable of the Sower and the Parable of the Four Soils. The Sower, or farmer, is the key to understanding all of Jesus’ “parabolic” teachings to His people about His Church, and to the use of the keys which He has given us. I recently wrote in my Practical Discipleship notes about “A Farmer Goes Out to Farm.” The shed is filled with unused tools, unplugged from the power source but tucked away in the storage barn.
The Church has gotten confused in that she often thinks Jesus gave us the keys to the church and we’ve wound up locking ourselves into a spiritual greenhouse. Like weeds in an enclosed garden, with no outside exposure, we’ve begun to pluck each other to death, and our growth is limited by the artificial light source. Like the Movie Matrix. Matt has a lot to offer around this subject and you can connect with like minded folks on https://www.facebook.com/For-Profit-Ministries-108436583958879/ and we  will be sharing important updates and nuggets  during these uncharted times

Joel wrote back: “Chuck, I believe this is a prophetic word from God for your life and the church at large.” He continued… “The fact that you began using a tool you had purchased but not really used it before is significant for where you are in your destiny right now. God is activating gifts you have had but never used. One of these gifts is that of a spiritual seer. God speaks to you through common and everyday objects and interactions because you pay attention to every detail. The “comfort grip” is for you personally Chuck,” he continued… “God has entrusted the tool of cultivation to you and you will find rest and ease as your gifts are used of God during this crisis.”

Then, Joel continued with his insights as he wrote: “As for the church… “YES!” It is in a cultivating stage and the discs of the cultivator are significant to representing the godhead.” Joel further explains: “Without ever seeing the tool, I envisioned three sets of discs as representing God the Father, Son, and Holy Spirit. After an online search and consulting Chuck, he confirmed this is in fact what the tool looks like.” Joel continued to explain that the need for the soil of ministry to be cultivated and aerated is because the church overall has become stagnant, inhibiting any new growth. As God cultivates and disturbs the soil, He also refreshes with the fresh air of His Spirit while any weeds that don’t belong in this newly renovated soil, are removed.” Then, Joel writes his final insight from God. “God is re-organizing and re-aligning congregations and promoting new growth as the refreshing soil and newly formed rows are built by the Master’s cultivation. Now the light of the empowering sun can be most effective as the garden of God is groomed for maximum yield.” 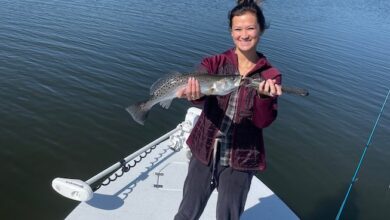 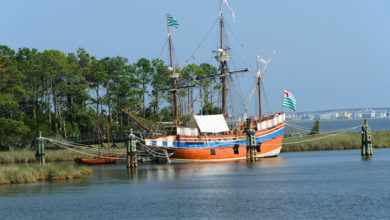